At one of the most repressive times in Cuban revolutionary history, known as El Quinquenio gris (1971-1975), Nocturno, in Radio Progreso, emisora nacional cubana, became the backdrop to dreams of personal freedom and love in the tropics, a way to mitigate food shortages, power outages, and the violation of human rights. Nocturno aired for the first time on August 6, 1966, to the tune of Fausto Papetti’s “La chica de la valija.” Its first radio host was Julio Capote. Later, and once Capote left to Venezuela in 1968, Juan José González Ramos took over, followed by Pastor Felipe and others.

NOCTURNO is a jukebox musical that pays tribute to Radio Progreso’s legendary program and features some of the most iconic songs of the Spanish-speaking world from the 60s and 70s—including Jeanette’s “Corazón de poeta,” Lolita’s “No renunciaré,” Fórmula V’s “Cuéntame,” Raphael’s “Yo soy aquel,” Mocedades’ “Quién te cantará,” and Roberto Carlos’ “La distancia,” among many, many others. NOCTURNO, El Musical is entirely in Spanish.

It’s 1975 Cuba, and “Nocturno,” the island’s most popular radio show, provides the soundtrack for young love. This is The Umbrellas of Cherbourg meets Mamma Mia in revolutionary Cuba.

In the small town of Bauta, in the outskirts of Havana, and with only two weeks left before her best friend NÉLIDA’s quinceañera, ANA needs a dance partner for the big night. ANA has her eye on her next-door neighbor MIGUEL, but Miguel is seeing MARIA ISABEL. When MIGUEL’s relationship to MARIA ISABEL turns sour, however, NÉLIDA, ANA’s best friend, steps in. Without ANA’s consent, NÉLIDA convinces MIGUEL to agree to be ANA’s partner at her quinces. But, just when ANA thinks luck’s on her side, MIGUEL receives a draft letter for obligatory military service. In spite of the obstacles, however, MIGUEL keeps his word and shows up at NÉLIDA’s party. And just as NÉLIDA predicted, ANA and MIGUEL make a connection, ending up making love under the stars at Baracoa Beach. After the party, MIGUEL returns to the barracks and ANA to her house. She must now decide if and how she’ll tell MIGUEL she’s leaving the island.

The first public reading of NOCTURNO took place on Saturday, December 15th, at 7pm, 2018, at the Hecht Studio Theatre, at the University of Miami, in Coral Gables. The sold-out reading was directed by Cuban-American director, Victoria Collado, and sponsored by the Cuban Theater Digital Archive (CTDA).

We are currently open to conversations with interested producers in Los Angeles, Miami,  and New York City. For more information, please contact us at nocturnothemusical@gmail.com. Serious inquiries only. 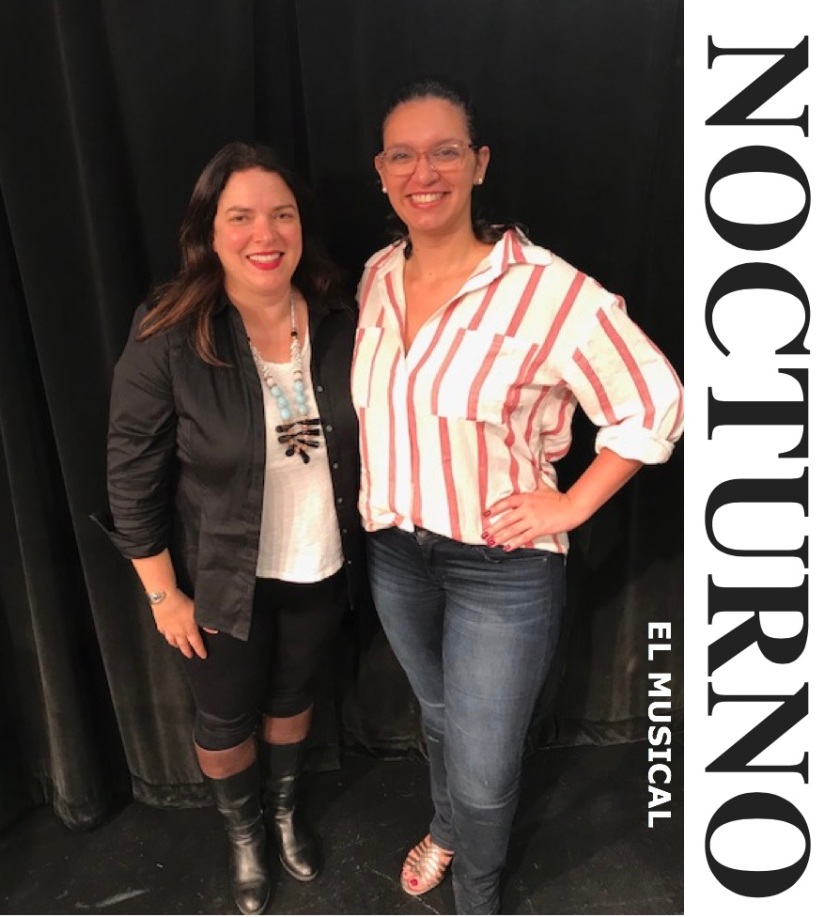 (From left to right) Susannah Rodríguez Drissi and Victoria Collado 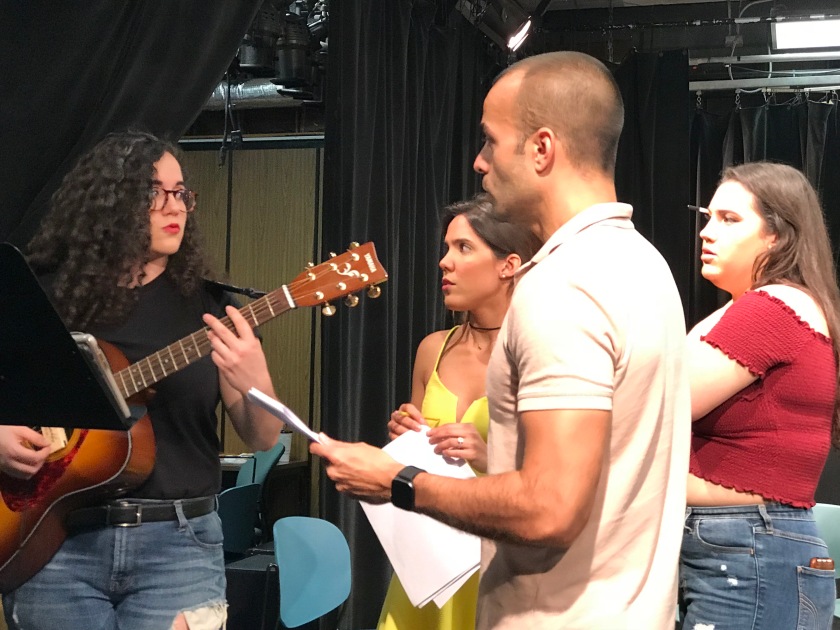 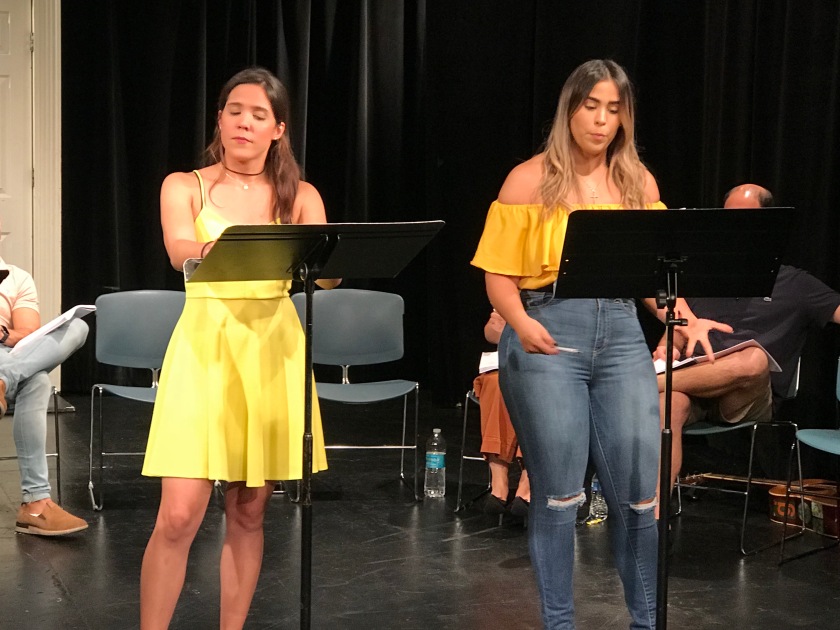 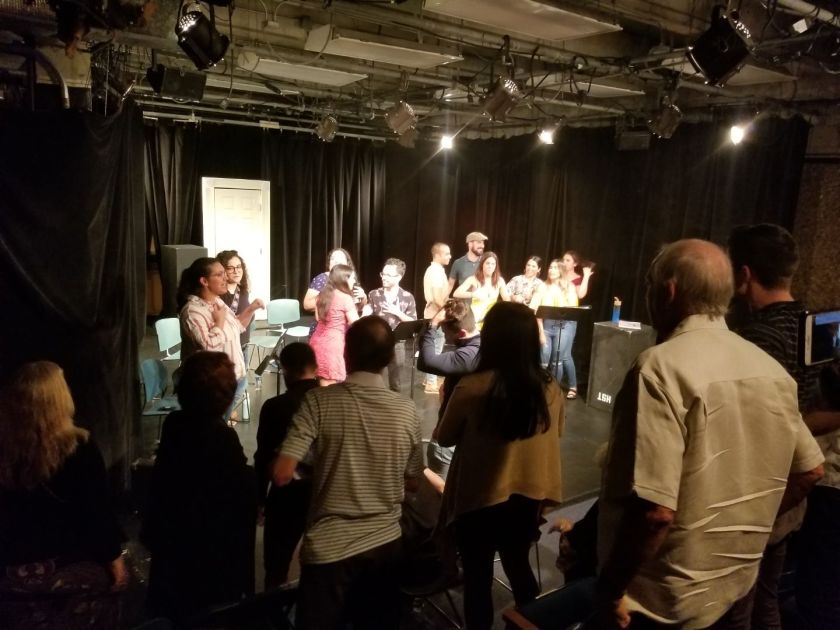 Director, Victoria Collado, thanks the audience. 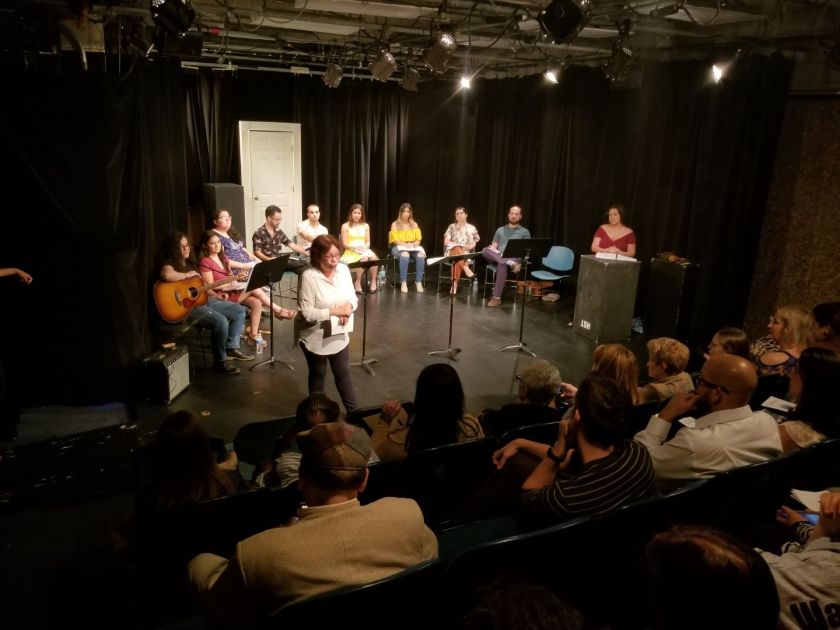 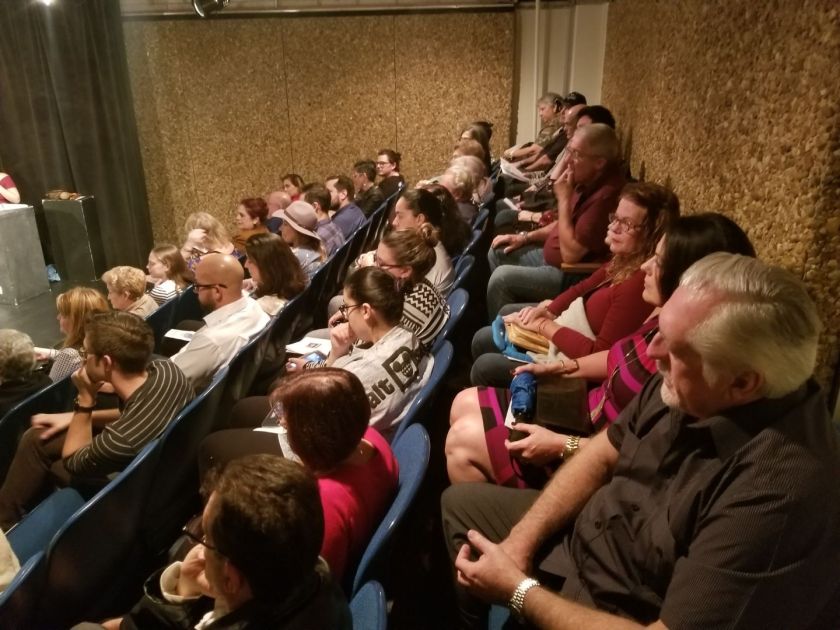 A special thank you to our wonderful audience!